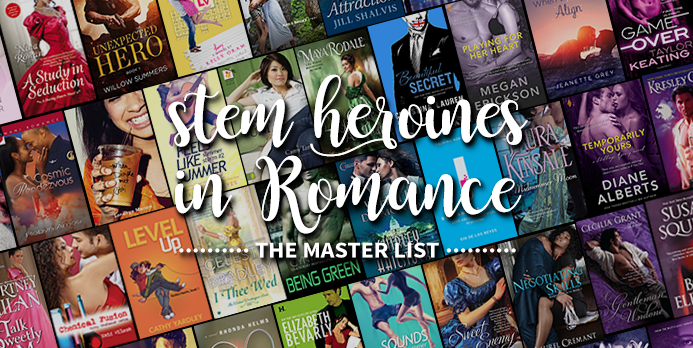 Welcome to the one and only STEM Heroines in Romance master list!!! There are over 170+ books featured including Young Adult, New Adult, and Adult romances from every genre. And I plan on updating the list as I find more.

As an Astrophysics Major and an avid Romance reader, seeing STEM heroines in Romance warms my heart. I love watching heroines navigate their careers in STEM along with, of course, their love life. But, finding STEM heroines in Romance is difficult. Even when there is some mention of a heroine working in STEM in the description, it’s typically vague and simply says “scientist” or implies they work in tech. I created this master list in hopes of making it easier for people to find Romances to read and love based off on the heroine’s field in STEM.

As this is a master list, I haven’t read every book on the list so I can’t give my opinions on all of them. That being said, I’ve denoted books with the symbols below to help you find books that I would personally recommend and books written by women of color and/or featuring main characters of color:

△ Books with an Interracial Romance

I also specify whether a book is M/F or F/F.

Note: As I haven’t read all of the books listed, I’ve denoted these books based on what I’ve found through reviews or personally know from reading them. If any of the books I’ve listed qualify for any of the symbols above and I missed them, please tell me and I’ll add it!

Other Physical and Life Scientists

Do you have any favorite STEM Heroines in Romance that I’ve mentioned? Or ones that I did not didn’t mention? Tell me in the comments. They might just get added.

26 thoughts on “STEM Heroines in Romance ― The Master List”